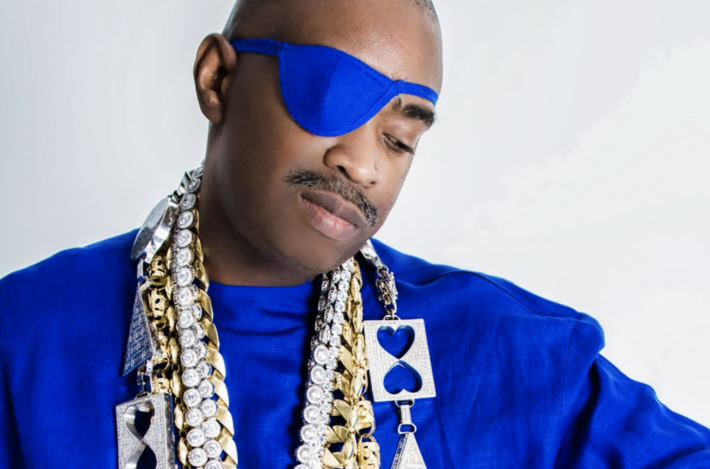 Slick Rick, born Ricky Walters in the United Kingdom (1965), is the most successful British-American rapper in music history. After moving from England to the States at Age 12, Rick gravitated toward the makeshift music of the streets. He struck up a friendship with fellow visionary Doug E. Fresh, and in the summer of 1985, the duo released their historic single, “The Show and La Di Da Di.” Fresh’s beatbox and Rick’s smooth lyrical delivery turned rap music on its head. Before long, Rick would establish himself as one of the architects of hip-hop. His career in full swing, Rick moved to New York City, where he signed with Russell Simmons and Def Jam Records. In 1988, he released his first solo album, The Great Adventures of Slick Rick. It hit No.1. on Billboard’s R&B/Hip-Hop charts and was one of the first hip-hop records to go platinum. While on bail in 1991, Rick hurried to record his sophomore effort, The Ruler’s Back. But three weeks of recording sessions were followed by five years in jail, as Rick was charged with attempted murder. In 1994, work-release privileges allowed Rick to live at home, where he conceived a new album. However, after just six months, the U.S. Immigration and Naturalization Service informed Rick of its plans to deport him. All work-release privileges ceased, and authorities sent Rick back to prison. He served his time dutifully, though, and even released his third album, the aptly named Behind Bars. A fourth Def Jam recording, The Art of Storytelling, appeared in 1999. It featured a plethora of big-name rappers, i.e. Nas, OutKast, Raekwon from the Wu-Tang Clan, Snoop Dogg, Kid Capri, Canibus, and Doug E. Fresh.

These days, much of Slick Rick’s story remains untold. The myriad articles about prison and shootings may sell magazines, but they tend to overshadow the rapper’s prodigious and influential body of work. Ultimately, Rick’s well-publicized legal entanglements have obscured his art. It’s a strange dichotomy though because Rick’s mystique is an integral part of his stagecraft…his allure. The eye patch; the British accent; the sinister demeanor…it’s bewildering. Which part is real, which is shtick? Clearly, there are moments of deliberate ambiguity in the Slick Rick Experience (enough to make P.T. Barnum blush). Still, plenty of facts uphold the mythos. The eye patch, for instance, is legit, courtesy of a glass shard that flew into Rick’s eye when he was an infant. And the British accent is genuine -- its casual refinement belies every dumb gangsta stereotype. Throw in some gleaming grills, some bejeweled outerwear, and – voila – you have the genius of Slick Rick. He’s no reticent wallflower – he’s larger than life. But what about the music? Does it hold up under scrutiny? YES. In short, there’s nothing like the Slick Rick Experience. Every album is a parallel universe where old-time radio and urban culture collide. Aural theater merges with ghetto fantasy. Rick becomes a character actor with voice-throwing chops a ventriloquist would envy and narrative powers greater than Stephen King.

In theory, it all seems preposterous – impossible to pull off. But because Rick has such genuine gifts on the mike – dexterity, cleverness, wit, articulation, fluidity – it works like gangbusters. Going forward, there is much to celebrate. On May 23, 2008, New York governor David Paterson granted Slick Rick a full pardon. In essence, the esteemed guv closed a dark chapter in the Book of Rick. Now hope springs eternal. A direct quote from Governor Paterson’s official statement: “Mr. Walters has fully served the sentence imposed upon him for his convictions, had an exemplary disciplinary record while in prison and on parole and has been living without incident in the community for more than 10 years. In that time, he has volunteered at youth outreach programs to counsel youth against violence, and has become a symbol of rehabilitation for many young people.” Let the good times roll. Slick Rick, one of hip-hop’s founding fathers, is poised to rule again. The master of modulation, meter, and tone is back. This time, he’s a permanent resident.